No products in the cart.

Benefits of Creatine Monohydrate (And Why You Should Use It)

Check out the benefits of creatine monohydrate, what science says about its safety, and ways you can use it to achieve your fitness goals.

Once feared as a kidney wrecking supplement that only professional bodybuilders would dare to use, creatine monohydrate is now as common to see on top of your frig as protein powder and a multi-vitamin. But why is that? Why the change in creatine powder’s reputation?

First and foremost, the science. Studies revealed the benefits of responsibly using creatine as well as the safety of the product. Second, and arguably most important, anecdotal reports from users of all ages and experience levels. Once the masses realized that creatine was safe AND effective, this muscle building, recovery-boosting supplement became super easy to get at a low cost.

If you’ve never used creatine before or you have some apprehensions, it’s time to learn more about this supplement. I am going to cover the benefits of creatine monohydrate, what science says about its safety, and ways you can use it to achieve your fitness goals.

For those who worry about using creatine, did you know that creatine is naturally produced in your body? Every day, your body produces around around two grams of creatine, and it’s used in different physical and cognitive processes. You also consume creatine whenever you eat animal-based foods like red meat and fish.

Now, when your body needs to use creatine, it’s converted into a substance called adenosine triphosphate or ATP. When it comes to health and fitness, your muscle tissue loves ATP because this is what it needs to perform those exercises you’re doing during your workout.

Since your body is only producing around two grams of creatine per day, and there’s competition for it throughout your body, many people turn to creatine supplementation to support their performance, recovery, and results. Here are the most studied and proven benefits of creatine monohydrate.

Muscle Growth: Let’s start with the most popular reason that people take creatine: building muscle. Creatine monohydrate has been shown to help you build muscle and it does so in a few important ways. First, creatine increases the amount of ATP that is available to your muscle cells. This is essential because this means more fuel for your muscles during a strenuous workout. Next, creatine has been shown to support increases in overall strength. If you’re able to lift longer because you have more fuel AND you are lifting heavier weight because you’re stronger, you’re paving the way for muscle hypertrophy (growth). Lastly, creatine supports the recovery process including the production of muscle building hormones. [1][2]

Sports Recovery: Speaking of recovery, creatine plays an important role in muscular recovery post-workout. One study discovered that when creatine monohydrate was taken as a supplement following a workout-induced injury, the muscle tissue healed faster than those who were not taking the supplement. Another study demonstrated that taking a creatine supplement with simple carbohydrates such as dextrose after a workout can significantly reduce muscle damage and promote recovery. [3]

Overall Energy Levels: After everything discussed above, it probably doesn’t come as much of a surprise that creatine can help to reduce fatigue and improve your overall energy levels. Studies show that creatine is highly effective for reducing neuromuscular fatigue during high-intensity exercise. [4]

Cognitive Function: This finding was an interesting one: Creatine is able to support your cognitive performance. Studies show that creatine boosts both working memory and intelligence. In particular, creatine is great for tasks that require speed of processing. As this relates to fitness, creatine might help you stay more focused on the task at hand: your workout. [5]

Is Creatine Safe to Use?

Now, the big question: Is creatine monohydrate safe to use? The short answer is, “yes.” The horror stories you might have heard from decades ago usually surrounded irresponsible use of creatine. Some of these case involved extreme dehydration due to cutting weight and creatine was put on the chopping block. Numerous studies have confirmed that creatine monohydrate is safe to use during short term and long-term durations. For example, one study found that creatine was safe to consume consistently for five years with no adverse reactions. [6][7]

Now, with that said, anyone with a history of kidney disease, liver disease, or diabetes should have a chat with their doctor before using creatine. Pregnant women should also consult their doctors before taking a creatine supplement.

If you want to maximize your energy, performance, and results, you’ll want Creatine Monohydrate from NG Nutra.

Every serving of our Creatine Monohydrate provides you with five grams – The same amount used in countless studies, demonstrating the benefits of creatine.

Give Creatine Monohydrate a try for yourself and experience the difference between a good workout and a great workout. 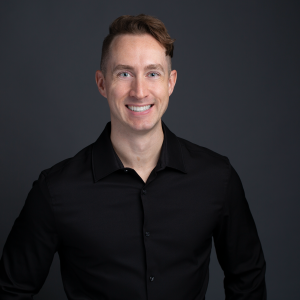 My name is David J. Sautter. After graduating with a Bachelor of Arts in English and Secondary Education, I accumulated over a decade of experience in the fitness industry with certifications in the following areas: - NASM-certified personal trainer - NASM-certified fitness nutrition specialist - ACE-certified sports conditioning specialist - NASM Performance Enhancement Specialist Are you getting ready to launch or refresh your fitness website? Are you putting a new fitness product or service on the market? I will deliver written content that keeps visitors on your site, inspires clients to patronize your business, and brings in new customers.
All Posts »
PrevPreviousLow Testosterone? Here’s How to Increase Testosterone Naturally
NextImportance of Post Workout Recovery (And How to Do It Right)Next

Be the first to know

Facebook Tiktok Instagram Youtube
*These statements have not been evaluated by the Food and Drug Administration. This product is not intended to diagnose, treat, cure, or prevent any disease.
© 2021 NG NUTRA